The Chronology of Earth History
This chart shows important moments in Earth history based on information from the Pleiadians. Dates are only estimates to show the chronology of events.

22 Million B.C. The first Lyrans come to Earth and colonize.

226,000 B.C. Asael dies and his daughter Pleja becomes ruler. The system is now called the Plejas.

225,000 B.C. Pleja scout ships discover Earth, and colonies are founded here and on Mars and Milona.

196,000 B.C. War breaks out on Earth and its people are evacuated to the Plejas. Forty years later Milona destroys itself and becomes the asteroid belt. Mars is thrown out of orbit and all life is gone.

116,000 B.C. For the past 80,000 years several small colonies have been tried by the Lyrans mostly exiled criminals.

71,344 B.C. The Great Pyramids are built in Egypt, China, and South America by Lyrans.

48,000 B.C. Ishwish Pelegon comes to Earth and builds a wonderful society that lasts for around 10,000 years.

31,000 B.C. Atlantis is founded by a man named Atlant, who comes with is people from the Barnard Star system.

30,500 B.C.The great city of Mu is founded by Muras, the father of Atlant's wife, Karyatide. His empire is sometimes called Lemuria.

16,000 B.C. Arus is exiled from Earth for trying to start wars. He hides out with his followers in the Beta Centauri star system.

14,000 B.C.Arus and his men return to Earth and settle in Hyperborea, which is the current location of Florida.

13,000 B.C.The scientist Semjasa, the second in command to Arus,creates two Adams, who bear a child named Seth. This becomes the legend of Adam and Eve.

11,000 B.C.Arus II attacks the Sumerians, who flee into the mountains.

11,000 B.C.A group of ETs of unknown origin arrive, led by a leader named Viracocoha, who controlled the city of Tiahuanaco. His base was on an
island named Mot. He provided the inhabitants of Easter Island the tools to build the strange statues there which represent him.

9500 B.C. The Pleiadians cause the old spirit-form from Lahson to come to Earth.

9498 B.C. Atlantis and Mu destroy each other and ruin the planet. The air is not breathable for 50 years. All survivors are driven underground.

9448 B.C. Jehovan, the third son of Arus II, takes over the three remaining tribes left on Earth and becomes the ruler.

8239 B.C. The Destroyer Comet passes closely by Earth and causes the Atlantic ocean to part.

1500 B.C. The Destroyer Comet passes by Earth, causing the Santorini Volcano to erupt. It also pulls Venus into its current orbit around the sun.

1320 B.C. Jehav is murdered by his son, Arussem, who has two sons named Salem and Ptaah.

1010 B.C. Arusseam is driven out of power by his sons and hides out under the Great Pyramid with his followers. They call themselves the Bafath.

600 B.C. Henn takes over from Arusseam and rules the Bafath. Henn is called Jehova by the Hebrews.

568 B.C. group of Andromedans come to Earth. They are responsible for the lines of Nazca.

80 B.C. Henn is overthrown by Kamagol I.

40 B.C. Salem turns over power to Plejos, his son, the last Pleiadian ruler on Earth.

10 A.D. Plejos returns to the Pleiades after procreating the spirit-form of Jmmanuel to carry on the teachings of creation.

32 A.D. Jmmanuel is crucified on the cross.

115 A.D. Jmmanuel dies and is buried in Srinagar, India. He leaves 3 sons

189 A.D. Jmmanuels name is changed to Jesus Christ, and his teachings are rewritten to form Christianity.

1000 A.D. Kamagol I is taken over by his son, Kamagol II, and imprisoned for life until he dies.

1937 A.D. Kamagol II's second in command is called Aruseak. He decides to leave on his own. He becomes known as Ashtar Sheran and tries to influence the people of Earth.

2255 A.D. The year the Pleiadians predict the Destroyer Comet will return to Earth 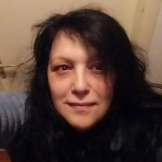